A couple of months ago we published a guest blog about the HMS Hermes wreck This post was written by Sri Lanka diving tours who organized a memorial service for the fallen sailors 70 years after the attack.

This blog was read by Carol who attended a memorial in the UK as she is a daughter of one of the sailors who where on the boat the day of the attack.

Not much later Carol wrote us an e mail. In consultation with Carol we decided to publish here personal story. These stories are real and we believe that these give the wreck (which is a popular (tech) dive in Sri Lanka) the respect it deserves.

It is amazing to have contact with you all. The photographs of the wreck are beautiful and it is very special for me to be able to hand them over to the few survivors. There are a lot of mixed emotions when you meet with the Hermes men.

They show sadness for those that were lost but also pride in a ship that they loved and still do.

It is still quite hard to get a survivor to give up a story of Hermes I have found that just by chatting and not directly asking sometimes a moving story will come to light. One such story was told to me by a survivor when we were walking back to our hotel from the memorial church service a few years ago, just having laid a wreath.

Together we slowly walked and he told me of the time spent in the water after Hermes had sunk.

It was many hours before help came and he had gone to the aid of a fellow sailor who he did not personally knew. This sailor had a very bad wound to his side just below his ribs. The only way that Alex thought he could help this sailor was by holding the wound by hand as long as it took for help to come.

When help came the young sailor was rushed away by medics not to be seen again.

A few years passed and Alex was drinking in his hometown back in the UK when he recognized the sailor. Going up to him he said "I bet you have a great big scar on your belly" The man was amazed and asked how he would know such a thing.

Then Alex told him that is was him who had held his wound together for so long in the water that day.

Sadly my father died before i really took an interest in the history behind his time on Hermes. I do know that he always referred to Hermes as Happy Hermes. He was in Sri Lanka some time before joining Hermes.

I remember he told me he brought some opal gem stones with him when he joined the HMS Hermes. They were very safely put in his locker, when Hermes came under attack my father decided to try and make it back to his locker to get his opals.

He went down a few decks where he could hear the cries of those trapped, unable to get free.

Then he realized he had to get of the ship. I am sure the Opal stones saved his life although he never made it to get them. He turned around and ran to a different part of the ship and therefore jumping in the water in another area where he was more safe.

It was eight hours before my father was picked up by the hospital ship. He had just a cut to his leg and recovered on a tea plantation it was some weeks before his parents knew he was safe.

He loved the sea despite what he had been through and in a tragic twist of fate it was the sea that he loved so much that finally claimed his life. He was out fishing on the family boat with my brother when they both drowned.

Although my brothers body washed ashore my fathers was never recovered. He was 65 and my brother 36. This was 25 years ago and time has given me the interest in Hermes and it has been amazing to be welcomed and very much involved in the Hermes association.

With my very best Regards to you all

Enjoyed this blogpost about HMS Hermes attack? Sign up for our free newsletter! and get our scuba blogs delivered in your inbox.

Article written by Rutger Thole who is an avid scuba diver and loves to travel, dive and write about scuba diving. Based in Amsterdam he runs bookyourdive.com and at least twice a year he plans a dive trip of the beaten track. 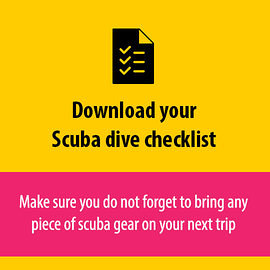